After high school, I attended the University of Texas at Austin, majoring in Public Relations and minoring in Government. In June 2014, I returned to Vietnam and started working for a private equity firm as an investor relations associate. In my free time, I volunteer to help next generation international students apply and prepare to study in the U.S.

I still remember vividly the rhetoric class during my first semester in college. I thought I would severely suffer in such a writing intensive course, but, to my surprise and amusement, I survived it without blood, sweat and tears. Apparently, the UT writing course was not much different, if not easier, than what I had learned during my years at Griffin.

I think Griffin School played a crucial role in my college success as well as getting me where I am today. It provides a solid foundation for us to learn and grow. To me, Griffin School is my second home and I will forever cherish my experiences there. 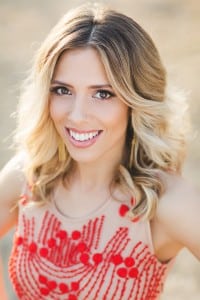 Whenever I reflect on my time at Griffin, painting the outside of my locker, learning Latin, or walking down those halls hearing The Ramones flow out of the PA system, I am not only reminded of a time when I felt free to create, to learn, live and embrace all that was in front of me but I am also reminded of the care and integrity with which I was given an education. I greatly credit those precious years of high school education to who I am today. Whether I am styling a photo shoot for a country music artist in Nashville or dressing an actress for a Hollywood red carpet, I remain connected to my time at Griffin and what it gave me is ever present in all that I do in my work and daily life. Since graduating from The Art Institute in 2008 I have created a personal shopping and event styling firm, Allann Campbell Wardrobe Design. I do many things under this umbrella, such as work with brides to create their perfect look on their wedding day, styling editorials for magazines and fashion blogs, consulting on style trends for radio and television and most importantly helping everyday women make sense of their closets by showing them how to find peace, happiness and self-love when they get dressed in the morning! I am so proud of what I do and so grateful that Griffin had a hand in giving me the confidence to go proudly in the direction of my dreams.

Eli Mosley
Griffin School, Class of 1999
UT School of Architecture, May of 2014

After high school, I went right to work in construction with a goal of learning as much about sustainable building as possible. I went to New Mexico where I learned building strategies, interned at the Center for Maximum Potential Building Systems in Austin, lived and worked construction in South Africa, traveled through Europe exploring the architecture, hiked the Appalachian Trail, and taught construction through UT and the Alley Flats Project. I settled back in Austin in 2006, bought my own home and remodeled it. In 2010, I married my lovely wife Jo, and we now have a wonderful son, Everett. I own and run Mosley Design Build, a sustainable building business. I have built and remodeled many homes in the Austin area over the past seven years.

I have great memories of being at Griffin, and I believe that the learning environment encouraged me to be the confident and independent thinker that I am today. I have relied on my own self-motivation to keep me working hard rather than depending on someone else to be the boss. I was treated with respect by my teachers, and it taught me self-respect. 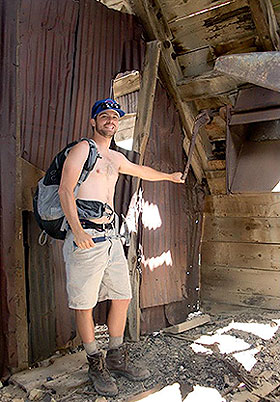 Griffin taught me to never be content with something in which I am not fully interested. After high school, I started at the Univ. of Colorado in Economics – a math-intensive major I thought would be interesting. But in my junior year, I fell in love with Geology, and decided to change my major, add-ing another year to my college program. I just couldn’t continue, knowing that I wouldn’t be satisfied. Griffin taught me that.

After graduation, I was hired as a geologist with Columbine logging in Denver. Modern oil rigs drill thousands of feet deep, then drill a 90 degree curve and drill another couple thousand feet horizontally. We do on site geologic consulting, and remotely steer the drilling process from our office. My job is to essentially determine where the rig is drilling by looking at the rocks coming up, and the gamma radiation. Each rock formation has a very specific amount of gamma radiation that it releases that can be graphed as a curve with respect to depth. We match this curve with the known gamma curve in the area to determine exactly which formation they are drilling through. This can be done on site, or remotely from our office. I like my job, but after entering the industry, I have decided that I am not content yet, and I am going back to school for Petroleum Engineering in December. Hopefully this will be my last Bachelors degree, but I’ve learned that you are never too old to go back to school! 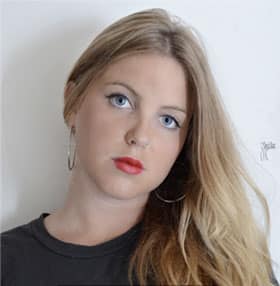 Interdisciplinary thinking allows us to cross boundaries and solve problems. For me, the first exposure I had to this type of thinking and education was at Griffin School. My experiences in the small classroom setting and tight learning community prepared me more than I could have ever imagined. Griffin School was the first place I experienced genuine learning and understanding. I could write a “why this person had a huge impact on my life” paper about every teacher I had there. I was given structure and freedom to grow and sculpt new ideas. The teachers whole- heartedly cared and wanted the best for me and my peers.

After Griffin, I went to Evergreen State College in the beautiful Pacific Northwest and earned my BS with a concentration in Marine Biology, Social Science and Humanities. I am currently moving to Israel to go back to school at Tel Aviv University in the Ph.D. program for Environmental Science and Business. I have an idea for a company that I hope to start in the next seven years. At Griffin, I gained a solid foundation in skills that proved to be a prerequisite not just for being a student but also a human and young adult. 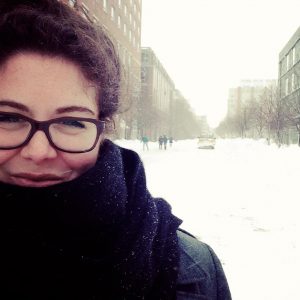 After graduating from UT in 2009 with a dual major in history and Russian studies, I moved to Moscow, where I worked in marketing and continued to study the Russian language. I returned to the US in 2012 and began law school at Boston University. Legal writing has been my strength and passion in law school. As a TA for the first-year legal writing program, I became aware that even highly educated students leave high school and college with very poor writing skills. I feel lucky to have attended Griffin, it did a great job of facilitating strong, competent writing skills. Moreover, Griffin helped me become independent, both personally and intellectually. I’ve spent a lot of my life trying to conform to certain standards and labels. Over time, I have learned to appreciate my own strengths, find my own interests and embrace my individuality rather than force myself onto a path that simply looks and sounds right.

My plan after law school is to work as a trial and an appellate-level criminal prosecutor, where I will basically yell things like “objection!” a bunch of times while standing in front of a judge. I one day would like to work in constitutional advocacy.

After high school, I attended the University of North Texas (Go Mean Green!), majoring in Philosophy and minoring in Political Science. I entered law school at St. Mary’s directly after graduating. I just completed my first year of law school and then spent the summer of 2013 working as a law clerk for an attorney in Austin, Texas.
Griffin School provided me with study and organizational skills necessary for success in college. They assisted me in the college application process which ultimately led to my decision to attend UNT. The faculty encourages education and I am proud to be a graduate of such a unique and reputable school.

Share your news with your classmates by sending us an update for the newsletter and website at griffin@https://griffinschool.org. Include a picture of your beautiful face so we can post it.